An important part of Mila's practice is charity work within the art sphere. She is participating in several projects as a donating artist or a founder and manager.
I was born in Moscow (1984), my parents coming from Tajikistan where their families were exiled during the Stalin's Great Purge. Today, I live and work in London. I have a BA in Ceramics from the Stroganov Moscow State University of Arts and an MA in TV-Journalism from the Moscow State University. 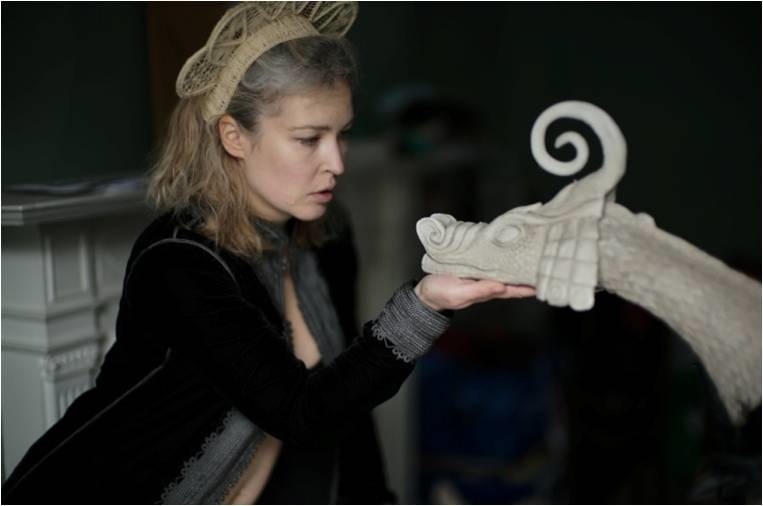 My multi-ethnic background and a prior career in journalism defined my practice, rendering individual and global histories a major theme in my work. Born in the USSR, I witnessed a complete denial of individuality in favour of the state. The relationship of the personal and the global is brought together in my installations. I work with various sculptural media, with a particular focus on ceramics and bronze.

The collapse of the Soviet Union and the death of my uncle in Dushanbe during the Tajik Civil War in the 1990s played a formative role in my career. Being an artist, my uncle contributed significantly to my development. After getting a degree in journalism I spent several years working in the Russian media, eventually coming to the realisation that there was no creative and political freedom left there.

My work has been exhibited at the IV Moscow International Biennale for Young Art, the VI Moscow Biennale of Contemporary Art, the XI International Krasnoyarsk Museum Biennale, the VI ArtbatFest in Almaty (Kazakhstan) and at the Summer Exhibition at the Royal Academy (London). I had won first prize in the Absolut Space Competition for young artists.
My artistic practice is profoundly connected with my interest in history and archaeology, the relationship between the past and the present, the layering of memory and myth. By combining historically and geographically authentic materials with contemporary techniques to produce art, I use my practice as an instrument to construct a personal, tactile relationship with history.